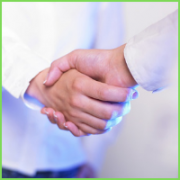 You can’t win an argument with a customer.

Last week, an article in the Wall Street Journal described Proctor & Gamble’s burgeoning PR disaster involving a new disposable diaper that may be causing rashes. They’re printing the liquid-absorbing gel onto the surface of the diaper instead of putting it inside several layers. It makes the diapers thinner. P & G insists it was the most-tested new disposable diaper ever. Great! They avidly courted 50 influential Mommy Bloggers before the launch.  But after all that, 7,000 Facebook-wielding Mommy Bloggers (and counting) have stormed the barricades, demanding the return of the previous version.

But P & G is mad as hell and they’re not going to take it any more!  (I can just hear them hollering in the board room, “I thought you said we got ALL the Mommy Bloggers!”) The company that wrote the book on branding and brand management is not in the driver’s seat any more. It is a profound illustration of just how much business has changed in the last few years. You almost feel sorry for the poor saps, as they draw their line in the sand and stare down the jostling mob just across the moat.

So. How do you think this is going to play out? Do you think those Bommy Moggers are going to listen to the voice of P & G reason?

British Petroleum has been even more ham-fisted in its handling of the catastrophe in the Gulf of Mexico. A company that makes billions in profit should be able to afford better PR coaching and crisis management.

But I have to admit, I feel exactly the way any embattled business leader does when I read a snarky Yelp review. (Thank goodness I don’t have to do that live, on a web cam.) The urge to prove that you’re right (or at least, not wrong) is overpowering. This is when we count to three hundred and try to remember Habit #5 of the Seven Habits of Highly Effective People: Seek first to understand, then to be understood.

I remember Steven Covey describing this behavior as “being willing to have your mind changed.” Instead of promoting your point of view, or waiting your turn to speak, you actually listen. And those of us who have customers know, you apologize. In this litigious world, it’s hard for businesspeople to forget about liability and the potential legal consequences of saying, “You know what? You’re absolutely right. We screwed up. And we’re sorry.” But you have to.

The simple fact is, if the customer thinks you screwed up, you did. Perception is reality. The question becomes not how you’re going to convince them otherwise, but how you’re going to rescue the relationship. Doing the Right Thing when you’re pretty sure you didn’t do anything Wrong is hard. Customers are wrong all the time; however, the social contract we entered into when we opened the doors to our spa clearly states that they’re Always Right.

(Admit it, when you’re the customer, you’re always right. Aren’t you?)

The customer who complains is the canary in your coal mine–only 10% of customers actually do. So the next time a mishap tempts you to even explain (explaining is an insidious form of not-agreeing, i.e. arguing) listen to what the customer is saying. Chances are very good you’ll learn something valuable. 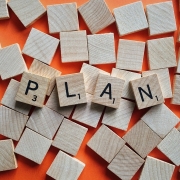 Registration for this webinar has closed and below are the topics which were discussed.  Please check the Events and Learning Academy pages for our offered trainings.

A great public relations program is more important than ever, and there are more outlets for public relations than ever before–including online review sites, Facebook and Twitter! But which modalities are working best for spas in the era of social media?  Which are a waste of time? Are you in control of your brand’s reputation, or is it careening out of control? Kim Marshall, a veteran public relations professional who specializes in spa, hospitality and wellness businesses, takes you on a journey through this fast-changing, sometimes hair-raising, and highly competitive landscape.

This fun, fast-paced webinar, designed to help you separate urban myth from reality, will help you to focus on the marketing tools that “move the needle” and to avoid wasteful experiments. Find out what editors really want–including the topics that travel and beauty editors are interested (and not interested) in right now. Kim has the ear of a diverse array of media professionals, and will share with us exactly what they’re telling her! Gain a valuable understanding of the key components of a compelling public relations campaign–and an insider’s perspective on how public relations actually works–from one of the pioneers of the spa industry.

From our family to yours, we wish you a peaceful and blessed thanksgiving. ⠀
#Emotion is a significant force, and a most effective tool, in achieving total wellness of clients’ bodies and minds—and a spa’s bottom line.⠀
Turning previously unused basement space into engaging #spa treatment areas, kudos to @wellnessspotatl
Fascinating #spa & #wellness #tool which helps clients to improve #mental #function, as well as providing an additional experience option for guests. Spa professionals will love.⠀
#reiki: one of the few healing arts that works to #balance the entire person—the #physical, #emotional, #mental and #spiritual aspects of each individual. ⠀
Thrilled to bring you this chat with #massage industry veteran CG Funk who shares the evolution of massage within #spa and #wellness #businesses and sheds light on the current #therapist #hiring challenges and a call to action too!⠀
Scroll to top