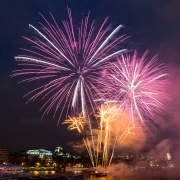 2011 is just a few days away. The happy delirium of gift card sales will be over, and the reality of the toughest quarter of the year will arrive.

Most spa owners and spa directors that I know are moderately optimistic about 2011. Optimism is all relative, of course. I don’t know any spa that’s  budgeting for growth. Most of us are setting our budgets around “actual” from 2010.  We wouldn’t mind exceeding our revenue budget–that’s never a problem.

Most spas are continuing with “just in time” pay increases, not across the board raises. We created a bonusing plan for our service providers that enable them to leapfrog up one or more seniority levels, payroll by payroll, when they are highly productive. Hit the goals this payroll, get a raise for the next payroll period. If you can sustain that level of productivity, you can keep that raise going. If you miss it, you’ll drop back to your basic level. Remember, your top producers should receive appropriate compensation, even if you aren’t officially offering raises.

If you’re concerned that your current comp plan may not be delivering the best results for your business,  you’re not alone. That’s why we spend so much time on the topic in our Spa Director’s Management Intensive.

Marketing budgets continue to shrink as social media plays a bigger and bigger role in growing the customer base. Traditional media is hurting, and that’s brought down the price of advertising across the board. We’re still not tempted by much.

One evolutionary change: spas are having to designate someone to mind the social media part of the business, and to pay them. The days of “Hey, Brandi loves to post on Facebook” are starting to disappear. (Just like the days of “Hey, Brandi knows how to do websites” did.) Facebook and other forms of social media are rapidly becoming more sophisticated and complex. Facebook advertising, like Google Adwords, can suck up a lot of money fast if you don’t know what you’re doing.

Most spas are having to think hard about taking their enterprise management software “to the cloud.” 2011 will see spas who are ready to  update their systems making this jump.  Spas need software that really supports and amplifies their online marketing efforts. No one is closer to delivering this than SpaBooker; it will be interesting to see if any large competitor will emerge.

Followers of Chinese astrology know that 2011 is the year of the Rabbit, a considerably nicer character than the Tiger who just departed. That doesn’t mean you can breathe a sigh of relief. This is no soft and fuzzy bunny, it’s a Metal Rabbit, which apparently means that 2011 will be about executing with precision and finesse. The confrontational Tiger is gone; in contrast, Rabbits are diplomats. Sounds like the perfect year to create some strategic alliances with other businesses who are doing business with the clients you want. Fitness studios are chockablock with new customers in the first months of the year–the perfect place to make some new friends.

2011 will continue to test your business. Many of the weaker players have fallen, but there will be a bit more contraction. It’s all about unemployment. While the number of new jobless claims is dropping, they’re still new claims. Without income, there’s no discretionary income, and that’s the lifeblood of our industry. Happily, more affluent folks with jobs have figured out that they can spend some money without the world ending.

When one of these rare and precious creatures enters your spa, treat them like royalty. There’s plenty of bad customer service out there, being sullenly dished out by a disaffected, demoralized part time work force.  I saw lots of that while Christmas shopping this year.

2011 should be a year to revisit customer service fundamentals with your entire team.  One of my favorite books on this topic is Janelle Barlow’s Branded Customer Service. One thing is certain: the spas that have a Happy New Year will be the ones who have great people with great skills and great attitudes.

You don’t even need a Metal Rabbit to know that.

Want to join the discussion?
Feel free to contribute!

This site uses Akismet to reduce spam. Learn how your comment data is processed.

Quite a lovely experience to lead with when clients come through your doors.⠀
I was honored to author and present one of the 2023 @globalwellnesssummit trends, Wellness + Sports. Right up my alley!Thank you to Susie Ellis, @nancyadavis @beth_mcjaggar @cassandra_cav and the entire GWS team https://www.globalwellnesssummit.com/wellness-sports-new-business-models-for-hospitality/
Can't beat the views from the expansive, and warm, oudoor pools at the amazing @qcspa on Governors Island. Fun with #spa colleagues!
NOW AVAILABLE Full Recording Webinar: The Business of Wellness: Navigating The Road Ahead.
Visited @squeeze massage in Scottsdale; great massage and impressive tech that does everything but the massage bit!
It's been a great season #StarrCast Podcast.
Keeping your Gift Card Clients